Having lived for over nine decades on the family farm at Loraine, County Kildare, Jim Connell shared his memories with a number of interviewers in the period 2019 to 2022. The farm is located in the townland of Rathsillagh Upper and the house is known as Loraine. The interviews cover a wide range of topics and some videos are also available here on our YouTube channel.

There was a great, progressive government that built Ardnacrusha power station, built sugar factories and got great employment going. When I was young, I remember the big power line from Ardnacrusha to Dublin went through our land. The electricity was brought into this place in 1954. There was a great parish priest Father Moynihan. And he fought for electricity to be brought to this area. So we got it in 1954. And that time the story was you pay a ground rent each year.

And sure it was great. I could listen to the music and mostly the music. That was in 1954. Then we could, my father said, ‘Oh, we can only afford one light in the house - one light.’ And we had one electric light bulb in the kitchen.

And by degrees of course it was all extended. There were lights everywhere then; lights out in the haggard. Gerry Kelly - he was a friend of the family - he was the electrician. He was a qualified electrician. He was a great electrician. He taught me all these games. In our spare mes he taught me how to play draughts, gillets and cribbage, games like that, board games, so it broadened my interest anyway. So, that time I never left the country, I had no experience of leaving the country, you know, visiting abroad or anything.

1. Based on Transcript 2_010619. Associated video on our YouTube channel here.

2.The first phase of the national Rural Electrification Scheme was implemented between 1946 and 1964 and connected 300,000 houses.  In total, 276 premises were connected in the Kilmead area during August 1953 to October 1954. The below images are used with the kind permission of ESB Archives. 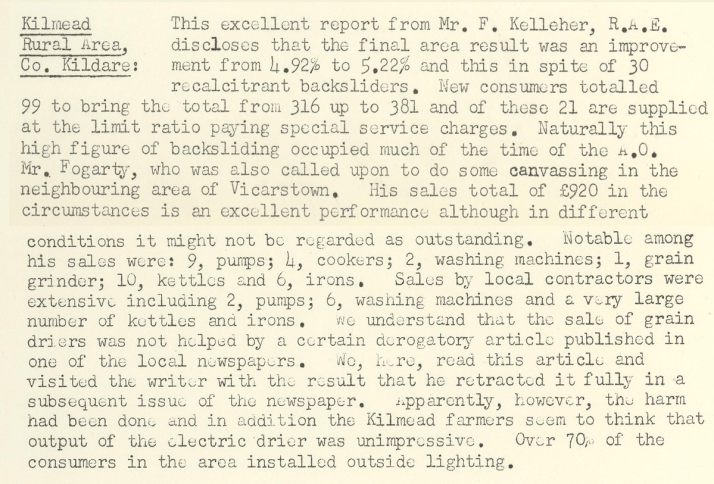 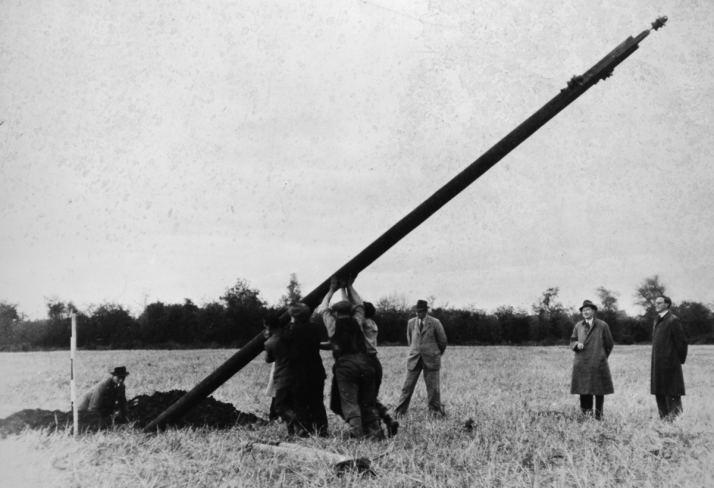